Joseph Eidelberg, a Jew who once came to Japan and stayed for years at a Japanese Shinto shrine, wrote a book titled "The Japanese and the Ten Lost Tribes of Israel." He wrote that many Japanese words originated from ancient Hebrew.

For instance, we Japanese say "hazukashime" to mean disgrace or humiliation. In Hebrew, it is "hadak hashem" (tread down the name. See Job 40:12). The pronunciation and the meaning of them are both almost the same.

We say "anta" to mean "you," which is the same in Hebrew. Kings in ancient Japan were called with the word "mikoto," which might come from a Hebrew word "malhuto" which means "his kingdom." We call the Emperor of Japan "mikado." This resembles the Hebrew word "migadol" which means the noble. The ancient Japanese word for an area leader is "agata-nushi;" "agata" is area, and "nushi" is a leader. In Hebrew, they are called "aguda""nasi."

When we Japanese count "One, two, three... ten," we sometimes say:

This is a traditional expression, but we Japanese don't know what this means if we think of it as Japanese.

It is said that this expression originates from an ancient Japanese myth. In the Shinto myth, the female god called "Amaterasu" who manages the sunlight of the world once hid herself in a heavenly cave, and the world became dark. Then, according to the oldest book of Japanese history, the priest called "Koyane" prayed with words before the cave and in front of the other gods to have "Amaterasu" come out. Although the words that were said in the prayer are not written in the book, a legend says that these words were "Hi, fu, mi...."

Joseph Eidelberg writes that this is a beautiful Hebrew expression, if we suppose that there have been some changes in the pronunciation throughout history. These words are to be spelled:

This means: "Who shall bring out the beautiful? What words shall we say for her to come out?" This surprisingly fits the situation of the myth.

Moreover, we Japanese not only say "Hi, hu, mi...," but also say with the same meaning:

Here, "totsu" or "tsu" is put to each of "Hi, hu, mi..." as the last part of the words. But the last "towo" (which means ten) remains the same. "Totsu" may be the Hebrew word "tetse" which means "She comes out. " And "tsu" may be the Hebrew word "tse" which means "Come out." Eidelberg supposes that these words were said by the gods who surrounded the priest "Koyane." That is, when "Koyane" first says "Hi," the surrounding gods add "totsu" (She comes out) in reply, and secondly when "Koyane" says "Fu," the gods add "totsu" (tatsu), and so on. In this way, it became "Hitotsu, futatsu, mittsu...." But the last word "towo" the priest "Koyane" and the surrounding gods said together. If this is the Hebrew word "tavo," it means "(She) shall come." When they said this, the female god "Amaterasu" came out. "Hi, fu, mi..." and "Hitotsu, futatsu, mittsu..." later were used as the words to count numbers.

In addition, the name of the priest "Koyane" sounds close to a Hebrew word "kohen" which means a priest. Eidelberg shows many other examples of Japanese words which seem to have a Hebrew origin. His list contains several thousand words. I don't believe this is a mere accident.

In ancient Japanese folk songs, there appear many words which we cannot understand as Japanese. Dr. Eiji Kawamorita says that many of them are Hebrew. A Japanese folk song in Kumamoto pref. is sung "Hallelujah, haliya, haliya, tohse, Yahweh, Yahweh, yoitonnah...." This also sounds like Hebrew.

"He (God)...will assemble the outcasts of Israel, and gather together the dispersed of Judah from the four corners of the earth."

There is strong evidence of an ancient Israeli presence in Afghanistan, Kashmir, India, and China. According to a Chinese historical book, there were Israelites who had the custom of circumcision in the time of the second century B.C.E. in China. The ten tribes of Israel must have moved to east passing these countries. We cannot say there is no possibility that the main body of the Ten Tribes of Israel came far away to Japan.

In ancient times, some people moved to Japan from China, some people also came from Russia, and some people from South-East Asia. Most of them were of Mongoloid stock. Among them, there is a possibility that the main body of the Ten Lost Tribes of Israel also came to Japan.

I don't believe that the Japanese religion called Shinto and all of its customs came from the southern kingdom Jews. But, if the Lost Tribes came to Japan in early history, it is understandable that their religion and customs would have a strong influence on Japan. According to the research of Dr. Kawamorita, there appears God's holy name "Yahweh" many times in ancient Japanese folk songs. The Jews of Judah do not use His name, because they quit pronouncing His name from the third century B.C.E.. But the people of Israel continued to pronounce His name.

Lilian Neves Mise said…
Interesting! Would you recommend some book about it?
December 25, 2010 at 4:04 PM

Lilian Neves Mise said…
Interesting! Would you recommend some book about it?
December 25, 2010 at 4:04 PM

Anonymous said…
Ridiculous.
"Hazukashime" doesn't sound similar to the Hebrew word you say.
Also, they have "anta" in Arabic.

These are nothing else than pure coincidences. There are lots of coincidences like these between many languages.
November 6, 2014 at 8:08 AM

Aunti Religion said…
Sorry, I have not left a reply! Personally I cannot recommend any book on the subject, Sorry! Aunti
December 12, 2014 at 10:10 AM

Anonymous said…
Arabic and Hebrew are Semitic languages, of course they will share many same words however far isolated island as Japan that shares above 500 words with language that is non related to Japanese tree language is not coincidence. Especially when the Japanese culture have some distinguishable signs of Jewish symbols and ritual celebrations.

I know what I'm talking about. I've a Japanese GF and we both did wide research about Judaism and Shinto to understand each other better in cultural and religious aspects.
June 14, 2015 at 7:09 AM

Happy said…
I have heard about this before, but I thought this is just a coincidence until I heard it from my friend who had travelled to Israel early this year (2016). My Japanese friend had travelled Israel with 2 American pilots (used to be US Top Guns). When they traveled there, a tour guide In Israel started explaining that there are many words & customs which are almost identical in Japan (Japanese) & Israel (Hebrew).
Tour guide also told them that only 2 countries who have its unique religions are: Israel & Japan unlike any other countries. My friend said that they really had fun in Israel. She said that everyone that they had met in Israel were very polite :) Oh, she also said that they also loved the food there!!!
August 23, 2016 at 6:39 PM

Popular posts from this blog 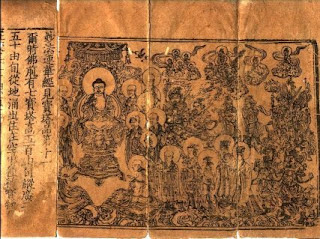 The essence of Nichiren's Daimoku is shown in the section of what is traditionally called 'Daimoku no Sanjusanji Dan ('33 characters on Daimoku Section',) or 'Jinen Jo-yo Dan ('Automatically Transferred Section',) : "Shaku-son no Ingyo Katoku no ni-ho wa Myo-Ho-Ren-Ge-Kyo no Goji ni gusoku suru. Warera kono Go-ji wo Juji sureba. Jinen ni kano Inga no Kudoku wo Yuzuri Atae Tamau." The Nidanas and Phalas of the Buddha Sakyamuni are equipped in the 5 characters of Myo-Ho-Ren-Ge-Kyo. If we accept and maintain the 5 characters of the sutra-title, the Nidanas (ED and Phalas of the Eternal Buddha would be automatically transferred to us." (Showa Teihon Nichiren Shonin Ibun, p.711.) Buddha's religious austerities (Shii-In-No-Gyo-Ho and the broad merits the Buddha accumulated (Kan-Ka-No-Toku-Ho), all of them are equipped in the 5 characters of Myo-Ho-Ren-Ge-Kyo the title of the Lotus Sutra. Now, it was the Entrustment Chapter where
Read more

SOKA GAKKAI IS THE ARMY OF MARA

July 24, 2008
FOR ALL YOU GUYS AND GALS WHO WORSHIP DAISAKU IKEDA or the Soka Gakkai, or some other Dude that is telling you to meditate and he is the Dali Lama with a Rolex and Gucci Shoes read this!!!!!! EVEN IF YOU ARE FOLLOWING NICHIREN YOU ARE FOLLOWING THE WRONG GUY. FOLLOW SHAKYAMUNI BUDDHA JUST LIKE NICHIREN DID, THEN YOU ARE DOING THE RIGHT THING. From Essentials for Attaining Buddhahood (especially for my Kempon Hokke friends). "The sutra states, “Those persons who had heard the Law dwelled here and there in various Buddha lands, constantly reborn in company with their teachers,” and “If one stays close to the teachers of the Law, one will speedily gain the Bodhisattva way. By following and learning from these teachers one will see Buddha's as numerous as Ganges sands.” A commentary says, “Originally one followed this Buddha and for the first time conceived the desire to seek the way. And by following this Buddha again, one will reach the stage where there is no retro
Read more 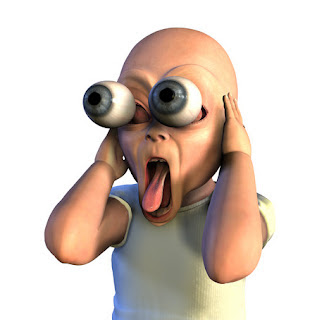 "Kuon ganjo" is a term invented by Taisekiji and the Soka Gakkai and it first appears in the 16th century. Nichiren Daishonin NEVER used this term in ANY writing. He never speculated that there was a time before "gohayaku gintengo" It is nonsense, since "gohyaku jintengo" is already SO immense, that it's beyond comprehension. No one in Nichiren's time even considered that it was a finite length of time. In the Lotus Sutra, you recite that "the time is immeasurable" but the Buddha says that he will attempt to illustrate with the example of "gohyaku jintengo", for the sake of those who cannot grasp the aspect of "infinity". SGI tabloids quote Josei Toda (a man who went bankrupt twice, and was bailed out by member's money, also a loan shark, who had Yakuza (underworld) connections to insure that he could collect from deadbeat borrowers) recalling "kuon ganjo" as if it were yesterday. L. Ron
Read more